During Laparoscopic Myomectomy or Hysterectomy

A US Food and Drug Administration (FDA) advisory panel has on July 11, 2014 voiced support for greater restrictions on the use of laparoscopic power morcellators (LPMs) in uterine fibroid surgery, while leaving the door open for industry to create safer devices.

On the first day of discussion, the panel struggled to make sense of “very weak” data informing the risk, but generally agreed that the odds of a woman with uterine fibroids having an unsuspected cancer were likely higher than had been assumed in the past. Controversies arise from the oncologists, who weight oncological safety as primary aspect of surgery and data related to the advantages of MIS in comparison with traditional open surgery, in term of morbidity and mortality.

It is now clear that while we have to thoroughly focus our attention to early detection of possible sarcomas, we gynecologists are at the same time feeling forced to go back 30 years in the way of treating our patients. We know it is impossible to consider every myoma as a sarcoma. We will have otherwise to routinely perform open total hysterectomies forgetting about laparoscopic myomectomy or UAE or even vaginal surgery. It is not in fact clear, from the oncological point of view, whether an open conservative procedure as a laparotomic myomectomy is really able not to disseminate a sarcoma.

At the moment the FDA “advice” seems to be an American problem and in all the world gynecologists are going on to morcellate myomas or uteri during vaginal surgery, as they have done for decades. Most of the data we have so far are retrospective studies or studies biased by mixed clinical cases. Some are just case reports. We do not have reliable prospective case control studies. We need to have more data that show how safe and reliable the diagnostic pre-surgical tools are, so to differentiate between low and high risk patients.

ISGE has designed a trial to address the problem knowing that most of the gynecologists worldwide will go on morcellating unless it is really proven statistically risky. Also the industries are in this particular moment interested in collecting more data to be able to know not how dangerous the morcellator is, but how dangerous morcellating in the abdomen is. In the meantime we will have to see whether the option of morcellating in a bag is a viable one.

ISGE is asking its Board members , the ISGE members and who else is interested in the Trial with serious intention to please get in touch with the ISGE Medical Director, dr. Ornella Sizzi. She will give you the required information regarding the Trial and how to participate. 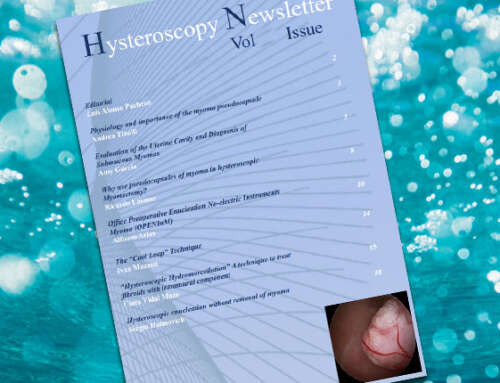