Uterine isthmus. Anatomy and hysteroscopy correlations for a separate entity

Uterine isthmus. Anatomy and hysteroscopy correlations for a separate entity

In hysteroscopy however, the internal uterine histological os is the only one acknowledged to date, commonly termed internal cervical os.

In this paper, we present two case-reports demonstrating for the first time in the literature correlations between anatomy and hysteroscopy in the case of a normal and a pathological isthmus.

The uterine cavity comprises 3 regions termed isthmus, corpus and fundus. The isthmic region is not clearly defined in hysteroscopy and is generally thought of as the entry of the uterine cavity, also termed the lower uterine segment (LUS), connecting the cervix to the corpus. Although its inferior limit is clear (ICO), the upper limit has never been documented in hysteroscopy.
However, an additional fourth os has already been described in anatomy since 1905, namely the internal uterine anatomical os, consisting of a narrowing of the cavity, separating the LUS from the uterine corpus (1).

To our best knowledge, the latter ostium has never been demonstrated in the literature of hysteroscopy, as the ICO, anatomically termed internal uterine histological os, is the only one acknowledged to mark the lower boundary of the uterine cavity.
This work aims to provide a hysteroscopic demonstration of the LUS as anatomically defined, separating the histological os from the anatomical one, as the latter is clearly visible in some patients.

Case report 1: a 32 years old patient presented with a history of a nine years primary infertility. Diagnostic hysteroscopy demonstrated a clear isthmic region of less than 1 cm long, pathology-free, with a digitiform morphology, oriented to the left. The glands are scarce, and both histological and anatomical ostia are clearly identified, respectively marking transition from typical cervical mucosa to isthmic one for the histological os, and from isthmic mucosa to corporeal one for the anatomical os. The uterine cavity is triangular, with impaired inflammatory patterns (fig 1)

Case report 2: a 39 years old patient requested medical care for abnormal uterine bleeding. Hysteroscopy demonstrated a large LUS, well delimitated by both histological and anatomical ostia, significantly broadened by the presence of a 2 cm type 1 myoma as well as an Isthmocoele. The commonly named upper edge of the niche is actually the anatomical os of the uterus, rendered more visible by intra-isthmic pathology. In this patient, the uterine corpus and fundus did not display any particular lesions (fig 2)
In both patients, histology was consistent with isthmic mucosa. 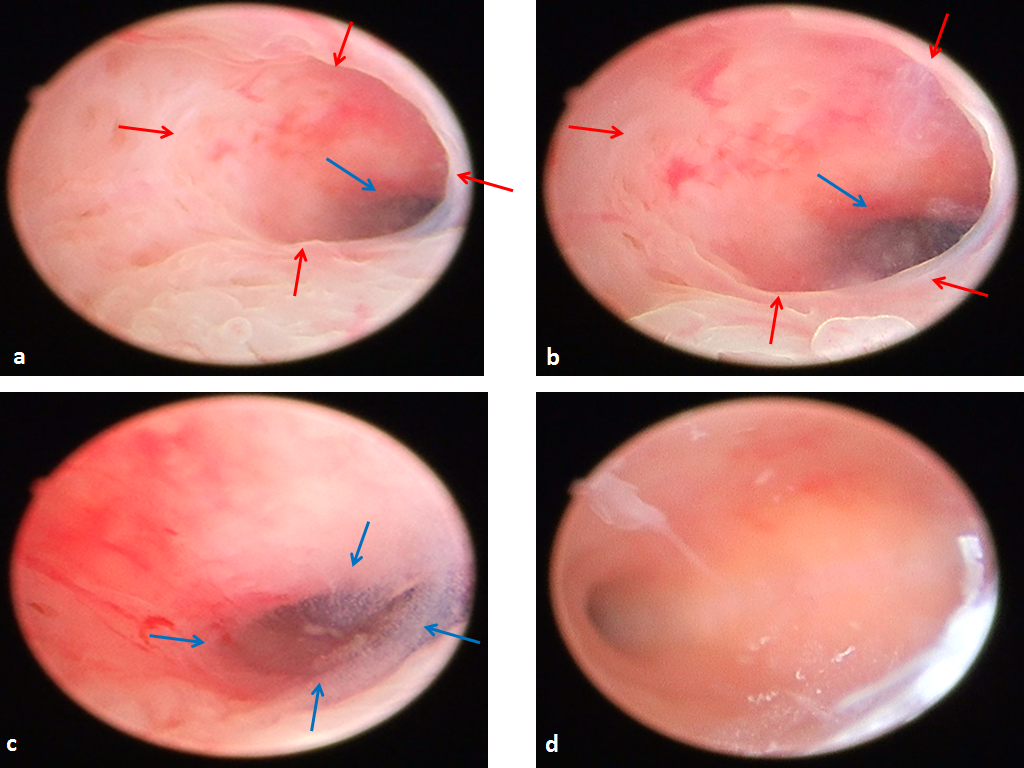 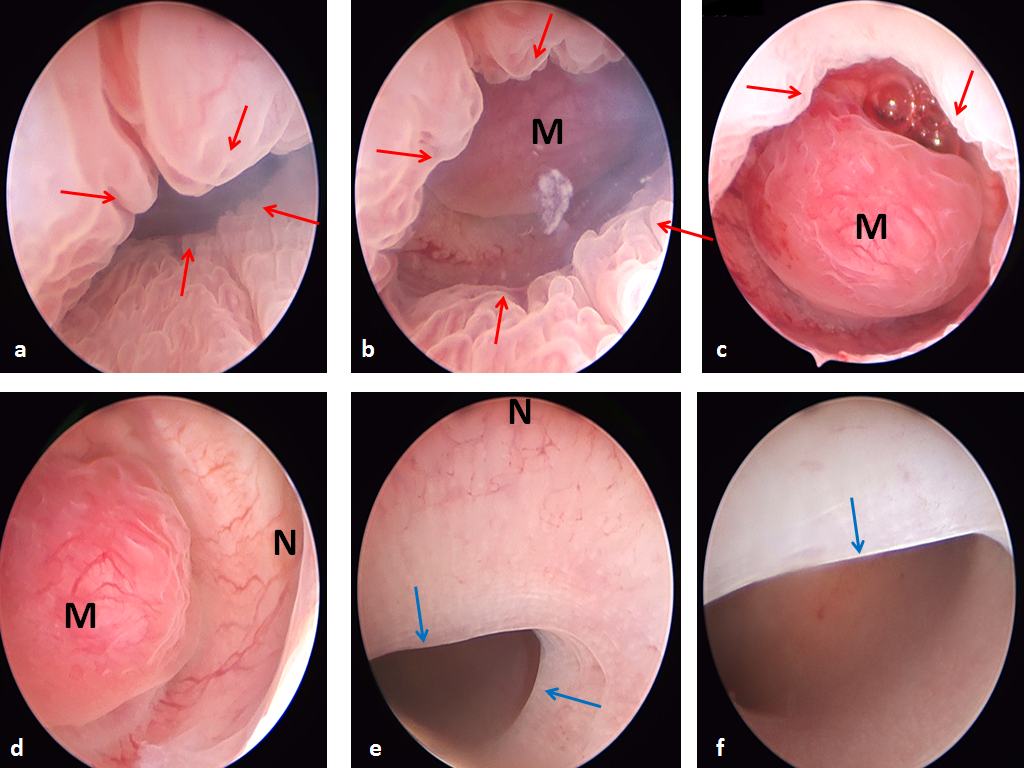 Both anatomically and histologically, the LUS is known to be different from the rest of the uterine cavity.

Histologically speaking, it is well established that its endometrial mucosa is different from that of the corpus, as it is thinner, contains fewer, smaller and inactive glands. It displays decreased responsiveness to sexual hormones (1-3).
Anatomically, the LUS was first described by Aschoff in 1905 as a proper separate entity, subsequently accepted and quoted in the books of anatomy, defined as the region between two ostia (1): the lower one is the internal histological os of the uterus, initially termed os internum histologicum, point of transition from typical cervical mucosa to endometrial mucosa. This is the one commonly referred to in hysteroscopy. The upper one is the internal anatomical os of the uterus, originally termed os internum anatomicum. It consists of a narrowing of the cavity, more visible after a cesarean section as the upper margin of a niche, marking transition from the isthmic region to the corporal one. To our best knowledge, the latter ostium has never been hysteroscopically acknowledged to date.

The distance between histological and anatomical ostia is anatomically described to vary from 2 to 10mm. It represents the LUS and has a digitiform morphology as described in anatomy (1, 4).

Unlike what is commonly acknowledged in hysteroscopy, there are two internal uterine ostia: a histological os and an anatomical one, delimitating the LUS, which can be well individualized through hysteroscopy in some patients, especially in case of isthmic pathology. Hysteroscopists should be careful thereto. Morphology, orientation, size and eventual pathology should be meticulously noted in the procedure’s report.

The author wants to thank Bruno van Herendael for his critical observations. 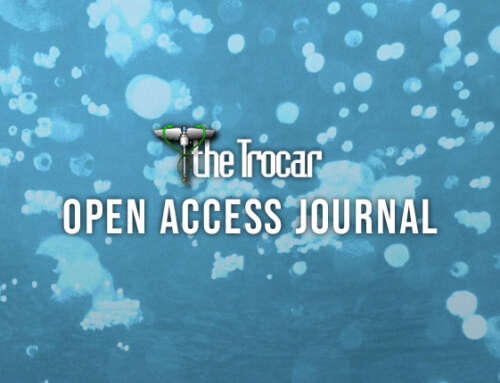