Study Objective: To demonstrate a technique of laparoscopic management of accessory cavitated uterine mass, along with a clinical, imaging and histopathology co relation.

Design: A step by step description of the surgery using an instructional video Setting: Patient: Twenty-seven-year-old woman married for 1 year with complaints of severe dysmenorrhoea. Ultrasound showed a hype echoic mass lesion in the uterus, likely to be a broad ligament fibroid, adenomyoma or a functional non communicating uterine horn.

Intervention: Diagnostic hysteroscopy revealed a normal uterine cavity. Diagnostic laparoscopy revealed a mass approximately 5 cm in size in the right lateral wall, below the right round ligament. There was no distortion of pelvic anatomy by endometriosis. The mass was infiltrated with diluted vasopressin solution and excised completely. Chocolate fluid in the mass was drained during removal. The myometrial defect was sutured in two layers, and covered with an adhesion barrier membrane. Histopathology revealed features specific to endometriosis. Since all aspects of the ACIEN criteria diagnostic of ACUM were satisfied, a retrospective diagnosis of ACUM was made. Measurements and main results: Intra operative blood loss was 20 ml, and intra operative time was 90 minutes. The patient had complete relief of dysmenorrhoea from the very next menstrual cycle.

Conclusion: ACUM (previously called Juvenile Cystic Adenomyoma, JCA) is a rare congenital uterine malformation that usually presents in young women less than 30 years of age. Common presenting symptoms are dysmenorrhoea and chronic pelvic pain. Treatment is laparoscopic excision. Diagnosis is confirmed by the presence of a normal uterus, absence of pelvic endometriosis, and the identification of endometriotic tissue on histopathology. 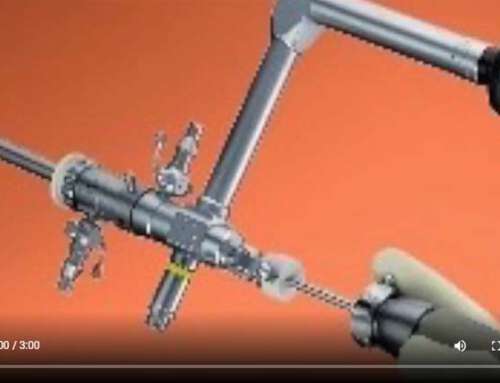 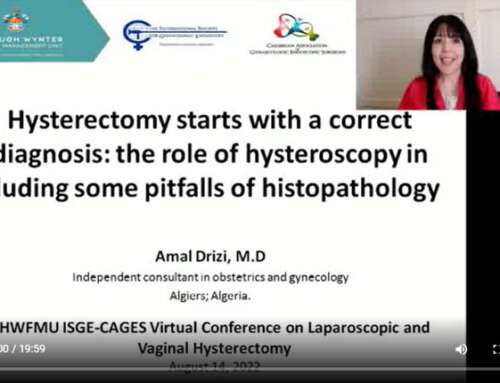 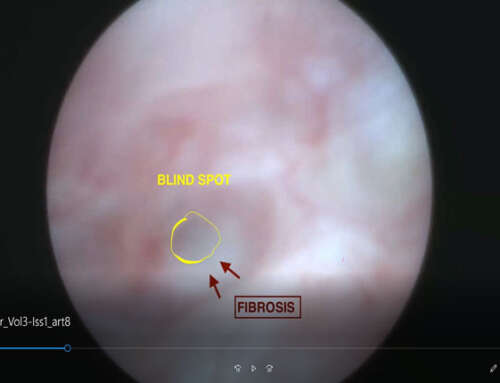