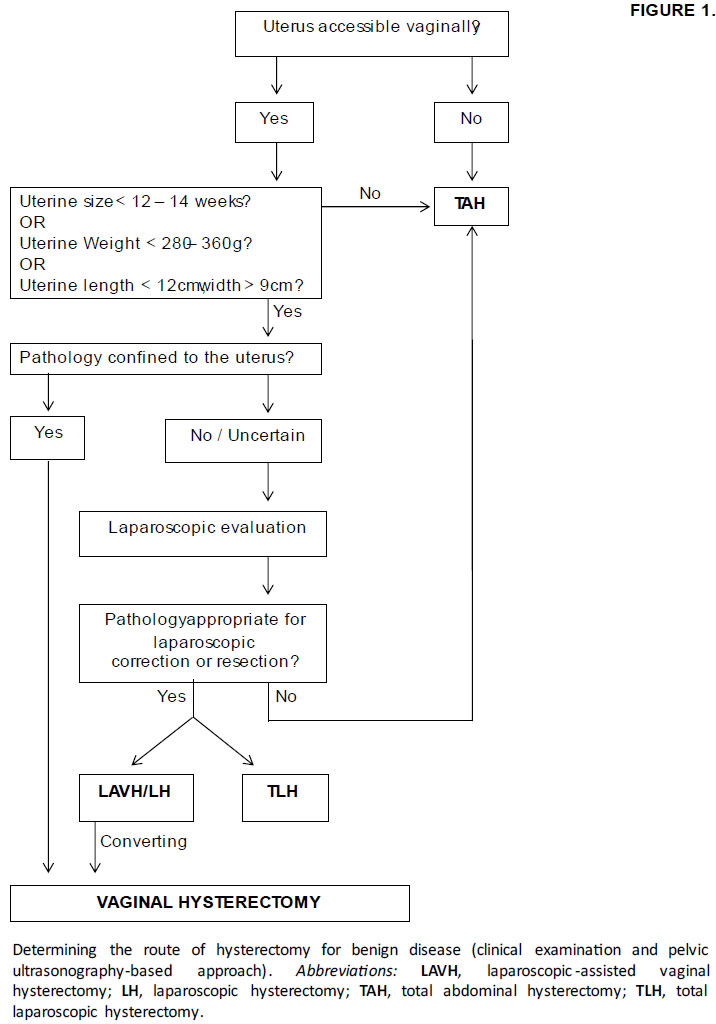 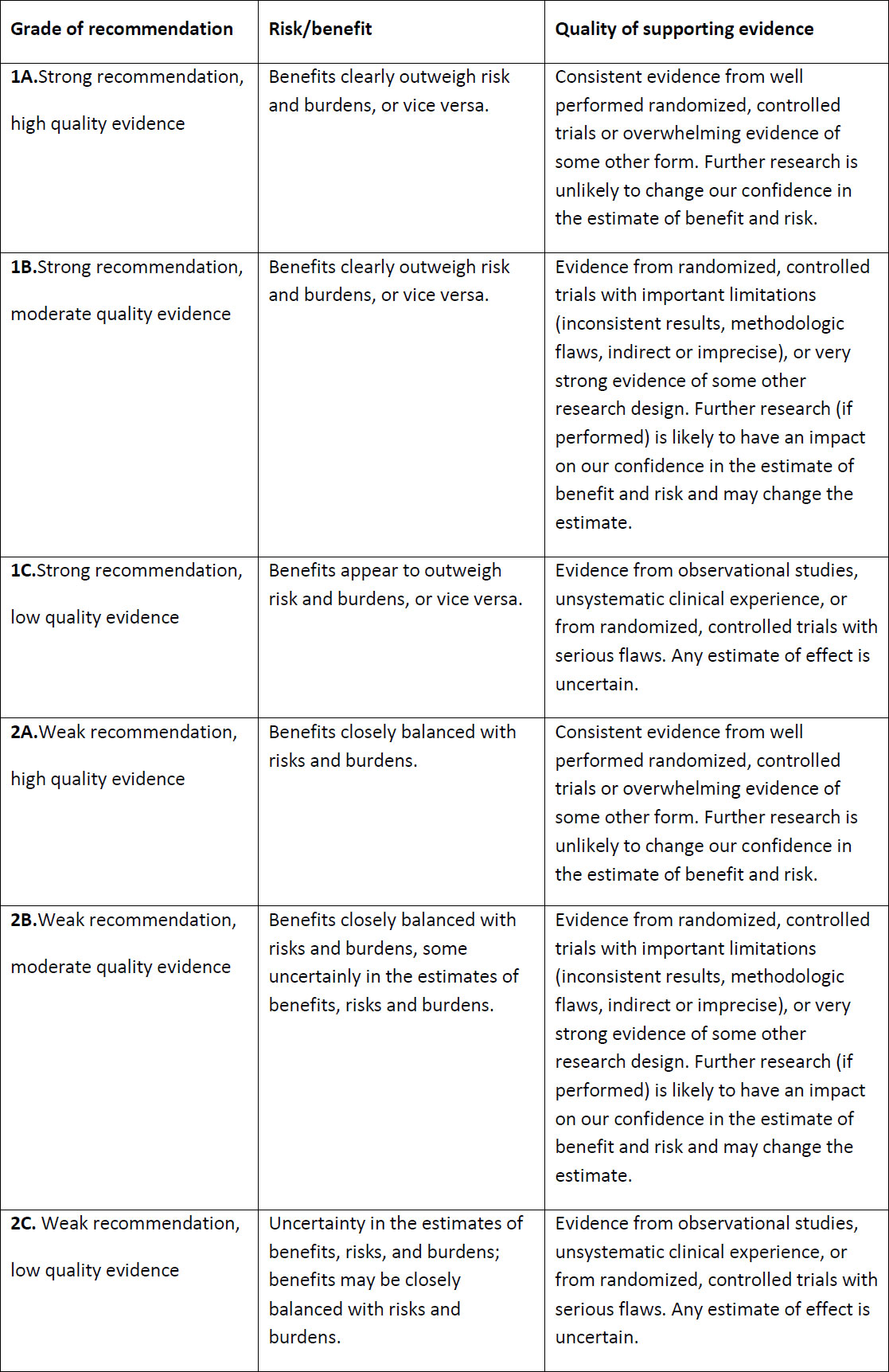 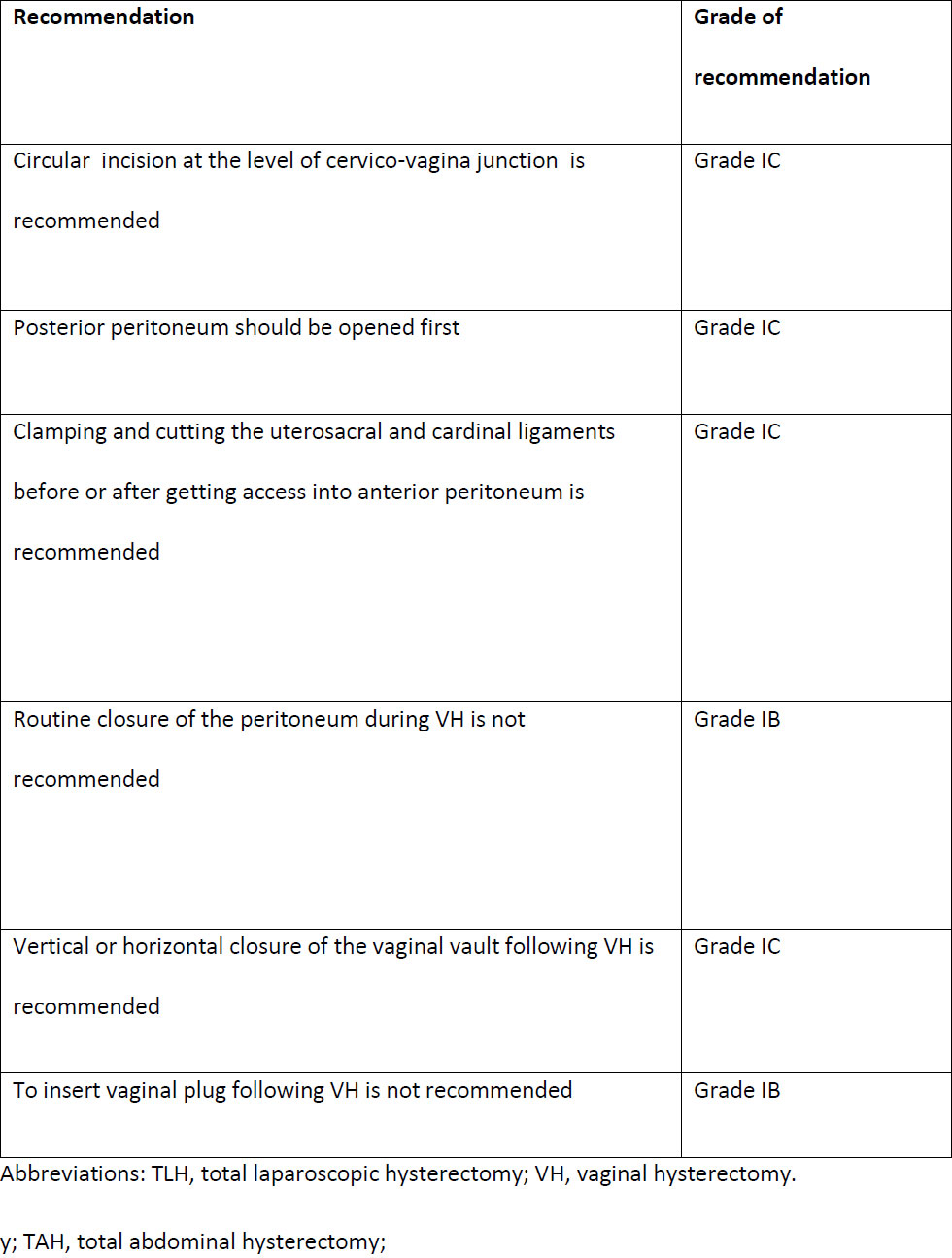 Previous published guidelines for patient selection and performance of vaginal hysterectomy of the International Society for Gynecologic Endoscopy are summarized and discussed in this Publication. The ISGE task has worked out these recommendations and this article highlights a brief overview for daily practice.

The recommendations of the International Society for Gynecologic Endoscopy (ISGE) for the selection of women with non-prolapsed uterus for vaginal hysterectomy (VH) and the recommendation on the VH technique were published in the European Journal of Obstetrics & Gynecology and Reproductive Biology, in 2018 and 2020, respectively (1, 2). This article aims to summarize these guidelines authored by Andreas Chrysostomou, Dusan Djokovic, William Edridge and Bruno J. van Herendael, and provide information on more recent publications on the same topic.

The ISGE Task force conducted a large literature search from Medline, PubMed, Cochrane Database as well as international and national guidelines and established evidence-based recommendations graded by the level of evidence, using the GRADE approach (Table 1), proposed by the Grading of Recommendations, Assessment, Development and Evaluation Working Group (https://www.gradeworkinggroup.org). In preparing this paper, the same method was repeated to find newer relevant literature and guidelines related to the VH.

ISGE recommendations for the selection of women for vaginal hysterectomy

The vaginal route should be considered the preferred choice in women undergoing hysterectomy for benign indications (Grade IB), as it is the safest and most cost-effective one (reviewed in (1)). The laparoscopic approach should be performed when VH is contraindicated or not technically feasible (Grade 2B). Abdominal hysterectomy (AH) should be performed in cases where the uterine pathology rules out minimally invasive approaches (Figure 1).

Regarding the conditions that are traditionally considered contraindications, the evidence shows that VH can be safely performed in nulliparous women, women without uterine prolapse, with an enlarged uterus up to the size corresponding to a 12-week gestation, with one or more previous caesarean sections, previous laparotomy or premalignant cervical or endometrial disease (Grade 2B). The surgeon must keep in mind the prerequisites for a successful VH: surgeon personal experience/VH training, vaginal accessibility, size and mobility of the uterus and the pathology confined to the uterus (Grade IB) (Figure 1).

A good vaginal accessibility requires a wide pubic arch, favourable vaginal shape and uterine descent. The uterus must be mobile, with an estimated size &lt; 12 weeks of gestational on the clinical evaluation or with an estimated weight ≤ 280g on the ultrasound exam. If there is known or suspected extra-uterine pathology (e.g., adnexal disease, endometriosis, adhesions), the evidence shows that it is best to perform laparoscopically-assisted vaginal hysterectomy (LAVH) to restore the anatomy before the performance of the VH.

Prophylactic bilateral salpingectomy with ovarian conservation should be undertaken routinely during hysterectomy, as it has shown to prevent ovarian cancer. The removal of the ovaries is only recommended if there is ovarian disease or in women who have high risk of developing ovarian cancer (e.g., carriers of the BRCA1 and BRCA2 genes’ mutation), as its removal is associated with higher risk of osteoporosis and cardiovascular diseases (Grade 2B). LAVH should be employed if the salpingo-oophorectomy is needed (Grade 2B).

ISGE recommendations on the surgical technique of vaginal hysterectomy

The patient should be placed in dorsal lithotomy position. Before starting the surgery, the skin and vaginal area should be prepared in the usual fashion and the urinary bladder emptied. The cervix should be exposed, by positioning anterior and posterior retractors, and then pulled into the vaginal introitus. To help the descent of the uterus, the surgeon can massage the uterosacral (USL) and cardinal ligaments (CL).

A circular incision around the cervico-vaginal junction is recommended (Grade 1C), deep enough to reach the pubo-cervical fascia. Then, the vaginal mucosa is pushed up, and a retractor should be placed anteriorly to the uterus. The posterior peritoneum should be opened first (Grade 1C), and then, the anterior peritoneum. The exposure of the utero-vesical pouch is the most critical step of the VH, as it ensures urinary bladder protection.

Finally, the upper part of the uterine support: round ligament, ovarian ligaments, and fallopian tubes, are clamped, cut, and ligated bilaterally. The adnexa can be removed with the uterus or after the removal of the uterus. The proposal of this group is to remove the uterus first.

Routine closure of the peritoneum during VH is not recommended (Grade 1B). The advantage of leaving the peritoneum opened is allowing free drainage of blood and, therefore, preventing haematoma formation. After the removal of the uterus, the vaginal vault can be closed in a vertical or horizontal manner (Grade 1C) since the evidence showed no benefit from one over the other. In a horizontal way, each angle of the vagina is closed separately, holding the USL / CL complex on each side, followed by a continuous interlocking suture, bilaterally, such that both sutures meet in the middle.

After the procedure, it is not routinely recommended to insert a vaginal plug (Grade 1B), as its risks outweigh the benefits. In the cases where it is decided to be performed, a urinary catheter must be inserted. The removal of both the packing and the catheter should be done 24h postoperative.

Hysterectomy is the most common surgical procedure worldwide in gynecology (3). Surgeons can perform hysterectomy through different methods and these include VH, AH, laparoscopic hysterectomy (LH), LAVH. Among all, VH is associated with less postoperative pain, less intra and postoperative complications, shorter hospital stay and faster return to daily activities (reviewed in (1) and (2)). Despite these advantages, all large-scale surveys show that AH remains the most frequently chosen route (4). A lack of experience among gynecologists in performing VH and inadequate VH training during residency, due in part to a lack of standardized surgical technique, are major causes of low VH rate among qualified specialists.

The ISGE guidelines aim to promote the vaginal route for hysterectomy, as it is an appropriate first choice for benign uterine diseases in many patients, being safer, more economical, and having fewer complications compared to other approaches. There have been no recent guidelines and updates in the international literature on this topic since the publication of the ISGE articles or relevant studies that could result in significant changes in the recommendations.

By standardizing the patient selection process, clarifying the contra-indications for VH and detailing the surgical technique, the evidence-based recommendations and their implementation on a wide scale are expected to increase the VH rates in gynecology departments, primarily as a consequence of the implementation of appropriate surgeon/resident training programs. A publication in press demonstrates that the formal institutional guidelines promote the vaginal approach to hysterectomy in patients with benign disease and non-prolapsed uterus, and shows that such measure, when adopted by a University Unit in South Africa, led to an increase in the VH/AH ratios from 1/10 to 1/1 over 13 years (5). The ISGE guidelines served as the basis for the elaboration of the institutional protocols in the departments of the authors of this communication.

To summarize, the ISGE evidence-based recommendations permit that VH is offered to a large group of appropriately selected women, while promoting the teaching VH technique during residency. Future studies will indicate the effects of these clinical and education strategies. 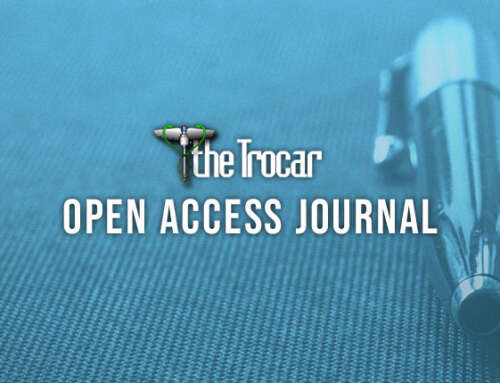 Should we systematically proceed for a temporary Bilateral Uterine Artery Ligation in laparoscopic resection of cesarean scar pregnancy? Our experience and review of literature Gallery

Should we systematically proceed for a temporary Bilateral Uterine Artery Ligation in laparoscopic resection of cesarean scar pregnancy? Our experience and review of literature 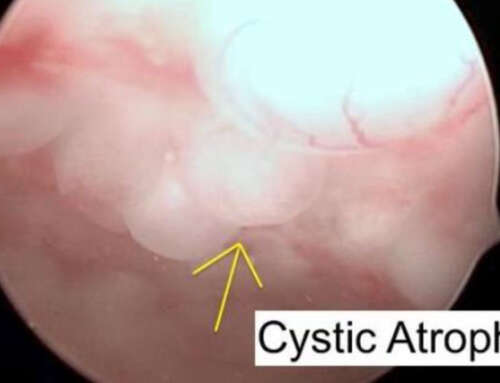 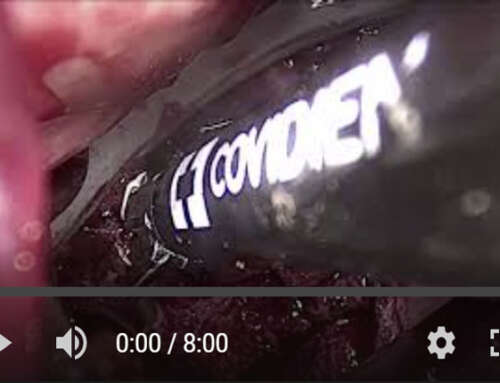 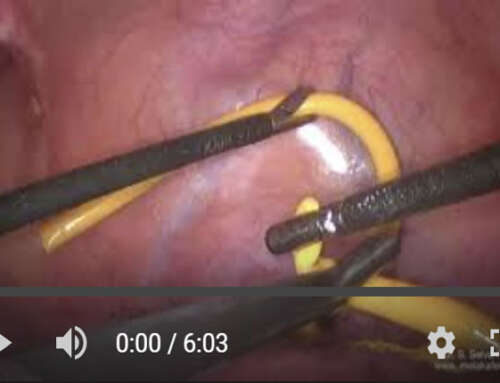 Using Foley’s catheter as a tourniquet during laparoscopic myomectomy Gallery

Using Foley’s catheter as a tourniquet during laparoscopic myomectomy

July 4th, 2021 | 0 Comments
Page load link
This website uses cookies and third party services to ensure that we give you the best experience on our website. If you continue to use this site, we will assume that you are happy with it. Cookie policy. Ok
Go to Top